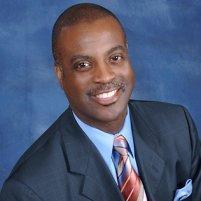 Herniated discs may create pain, numbness, or weakness for some, but create no symptoms for others. Paul Dancy, D.C., with offices in Oakland and San Leandro, California, treats minor disc problems safely and noninvasively, since most cases don’t require surgical intervention. Chiropractic care may be the right solution for you, so call East Bay Chiropractic Group today.

How do discs become herniated?

Usually, herniated discs result from age-related deterioration. Called disc degeneration, the discs themselves lose moisture, and as a result, they’re less flexible and more prone to damage. Since most disk herniation occurs in the lower back, a lifetime of poor lifting habits or overwork could contribute. While a sudden event may cause a herniated disk, this isn’t very common. Extra body weight, strenuous jobs or hobbies, and genetics seem to be the biggest risk factors involved in herniated disc development.

What problems do herniated discs cause?

Pain, numbness, and weakness are the 3 most common symptoms stemming from disc problems, as the deformed disc presses against nerves in and around the spinal column. Over time, these symptoms may get worse if the disc is left untreated. Depending where the damaged disc is located, patients may have bladder and bowel dysfunction because of nerve pressure. The disc may produce a condition called “saddle anesthesia,” where the parts of the body that would normally rest on a saddle become numb from the effects of the herniated disc.

How are herniated discs treated with chiropractic care?

Dr. D. examines both orthopedic and neurological components. He’ll check reflexes, muscle strength, and signs of wasting, as well as loss of sensation along the paths of affected nerves. The patient’s entire spine is examined, because the origin of pain may not be the origin of the problem causing pain. Dr. D. also conducts posture and gait analysis, as well as takes X-rays for a better view of what’s happening internally.

Some disc herniation can’t be treated through chiropractic care, particularly cauda equina — the nerve problem that causes bladder and bowel issues — though this is rare. Most herniated discs respond well to chiropractic adjustment, and a treatment plan may include other therapy and exercises to add support to the problem areas of the back.

We work with the majority of health insurance plans. Please call our office if you do not see yours listed or have any other questions.

Words from our patients